A MAN WAS GOING DOWN THE ROAD 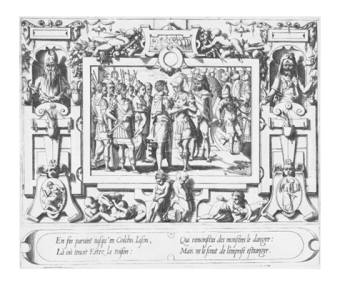 THIS is a story of the time when Vani was a city by the sea; when the first Greek set foot on Colchian soil and humbly asked for asylum. That very day the sea took courage and, after much hesitation, took its first step back. The first step was the most important: everything afterwards hap-pened of its own accord: who could have stopped it? Even if every inhabitant of Vani, big and small, had tried to hold the sea back in their coat-tails, it would still have slipped away: no force can oppose anything nature has planned to do. Sooner or later this had to happen: the sea had plucked up courage and had begun to carry out this truly treacherous plan.
Vani's inhabitants were so alarmed and shocked that they didn't even try to seek and recover what they had lost. They were deeply convinced, and ever more deeply as time passed, that the sea had abandoned them because they had committed some great sin; it had abandoned them as a breadwinner might abandon his family, or a husband his wife, once he could take no more of her frivolity and flirting. The husband had just got up and left. But, before he left, he had been so cautious, deliberate and patient that nobody guessed what he was planning until everything was revealed and he was out of reach.
Abandoned by the sea, the land was as moist and wrinkled as a new-born baby: it gradually grew and spread all along the shore like a black mourning ribbon. Then an enormous marsh appeared between Vani and the sea, as green, bubbling and slimy as a dragon's poisonous vomit. The city that was once famous, the pride of the country, became a remote, inaccessible place in the back of beyond. The time had gone when every-one in Vani could see the sea from their window, when in every house you could hear the sea's constant, endless breathing. Nobody in Vani had ever thought of opening the window just to look at the sea, or ever woken at night and sat up in bed just to listen to it. Everyone sensed that the sea was always right there.
What woman believes her husband is going to abandon her? Neither did the people of Vani believe that the sea would abandon them. Roofed with tiles shining blood-red, the city had boldly reared up over the sea, like a beautiful girl over a love-stricken Goliath.
The people of Vani used to love going down to the port, to chat with foreigners, to have a good gossip and find out all the secret goings-on in the world. They took an interest in everything, they knew everything: they knew where every ship was docked, what it had brought, what it was loading, whether it was arriving or departing. Seen from the port, the world appeared wider and more interesting. Vani was part of this wide, interesting world, and ships were happy to make for Vani. Everyone remembered the time they spent here as one extraordinary, dizzy dream.
Anyone who had never visited Bakha the vintner's cellar with its forty steps had no idea of what wine really tasted like. One bowl of wine drunk here was worth more than whole amphorae. Like a mistress enjoyed for one night, this wine could make a man suddenly, at any moment, feel such a longing that he would drop whatever he was doing and head back to Vani. Likewise, anyone who had never heard black-eyed Malalo and her six daughters sing had no appreciation of song.